Forums
Guap Coin
Masternodes & Staki...
What are those red ...

[Sticky] What are those red "orphan blocks" in my transaction history and why am I getting them? Those red transactions are "orphan blocks" and are typically not alarming, as orphaned blocks are a part of all blockchains. Orphan blocks, often referred to as stale blocks, are blocks that are not accepted into the blockchain network due to a time lag in the acceptance of the block in question into the blockchain, as compared to the other qualifying block. Orphan blocks are valid and verified blocks but have been rejected by the chain. They are normal, happen all the time, and occur to all other stakers and masternodes on the GUAP network from time to time (they most often result from two or more staking wallets simultaneously generating a block).

But what does it mean and why/how does it happen?
It simply means the block generated by your wallet is not accepted by the network because another staking wallet submitted the result before you. It’s just like a race; the blocks that are generated from your staking results also need to be accepted by the network. If the network accepts your block then you’ll get stake reward. However if it is rejected from the blockchain you won’t get any reward. So why does it happen at all? There are hundreds of wallets / nodes that are staking and they all are competing for the next block reward. An Orphan / conflicted block is a result when two wallets stake and mint the next block for the blockchain at a similar time. The network cannot have two identical blocks. So the wallet client that staked a block and relayed to other nodes first will get accepted. The wallet whichever produced result after that will get rejected from the blockchain.

But I’m getting too many orphan blocks from staking results, is it normal?
These orphaned results will not reset your coin weight. You don’t lose anything from this and usually in next several hours (staking duration depends on the coin network) you’ll get a successful stake or masternode reward. In fact to compensate the previous lost stake your coins will typically stake more in the next successful stake. That said, what activity have you seen in your wallet since 1/12? Has normal staking activity resumed? Also, are you running latest version of the wallet software for Mac ( https://www.guapcoin.org/get-guap/ )? Sometimes using an older version of the wallet can cause your transactions to link to an invalid fork of the blockchain resulting in consistent orphaned blocks. Once you are sure that you are running the latest wallet try re-syncing the blockchain as instructed here: How to resync your blockchain cache.

For more detail on orphan blocks please read this article from coinguides.org: https://coinguides.org/staking-status-conflicted-orphan/ .

Is this an example of orphan blocks or the security of the block chain.

I don't see your attachment. Please repost the image.

Actually it’s happened a few times and I’ve gotten to research the console. These are orphaned but once they post they say minted.

what are minted transactions?

In my Masternode transitions I have 3 minted transactions that show status of “conflicted” on 2.27.20.

2. What does conflicted mean concerning minting? Is there anyway to correct it? This post was modified 8 months ago by yolandamasontx
ReplyQuote

I re sync and issue resolved, the next one was successful 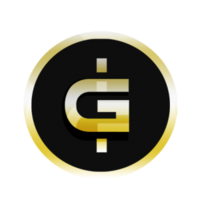 Cryptocurrency for The Culture.
Please join our community pages below.